Multifunction expansion board for X680x0 series

(Latest information is available in Japanese)

What is Kepler X？

More than 30 years have passed since the release of the X68000. It is now the 21st century, and the auction prices of expansion boards, not to mention the main units, continue to rise year after year, making it especially difficult to obtain expansion boards such as the Mercury Unit and Neptune-X, which were not widely distributed.

I wanted to change this situation and began developing the Kepler X with the spirit of "if we don't have it, we will make it".

It is composed of FPGA and Raspberry Pi, and is designed as an "evolving expansion board" that allows new functions to be added one after another by rewriting the FPGA circuit configuration and Raspberry Pi software.

※ The Raspberry Pi is optional. If added, additional functions can be used.

Origin of the name

The name comes from Kepler, a space telescope launched by NASA to discover exoplanets in our solar system.

As many know, the X68000 doujin hardware products were named after planets, but I decided with the name Kepler X not because we want it to become a new planet in its own right, but because I want it to be the foundation for discovering future possibilities for the X68000.

I hope those who have Kepler X in their hands will discover new possibilities.

What can it do?

At this point (as of January 11, 2023), the following features, while rough, are starting to evolve.

Additional features such as Ethernet, Wi-Fi, USB, BLE, and storage will be added in the future.

It automatically recognizes and expands the internal memory of the X68000 up to its maximum limit. 1MB machines are not yet supported, but will be in the future.

It is able to simulate the functions of Mercury Unitt V4 (MK-MU1O). Two FM sounds (YM2610 compatible cores) are available.

If a Raspberry Pi is attached to the Kepler X, it can be operated as an mt32-pi. Audio is digitally mixed with other sound sources and output.

All audio synthesized on the Kepler X output through the digital audio jack. Analog output is also possible due to the on board PCM5102.

Kepler X is customizable because it works with cooperative operation of FPGA and Raspberry Pi. It has the potential to be rewritten with firmware to add networking, graphics, and other functions.

The following is a list of features to be implemented and their progress.

Limitations with the X68030

Kepler X has the ability to monitor other I/O accesses, such as the built-in FM sound (YM2151) and built-in ADPCM (MSM6258). This makes it possible to emulate the built-in sound on the Kepler X board, and the sound signal of the built-in sound is available from the audio output terminal on the board. This means that there is no need to use an external mixer to mix the audio.

Of course, this is an emulation, but it is a level of perfection that can withstand practical use.

However, the X68030 doesn't allow monitoring to the built-in I/O from the expansion I/O slot. Therefore, the X68030 has the following limitations:

I hope that you will understand the above limitations before making a purchase decision.

WHEN CAN I BUY IT?

Kunichiko (くにちこ) makes this product. Please follow me from the Twitter panel on the right. Information on distribution will also be sent out here.

I'm a 40-something engineer who spent my teenage years with MSX, X68000, and Mac. And I built the VDP portion of a 1-chip MSX when I was in my 20's. My office work at the company are extensive and demanding, so my stress-reliever is restoring and playing with the old computers I played with in my youth. 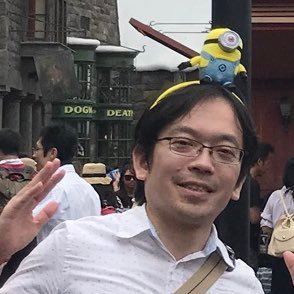